we went to leeds! 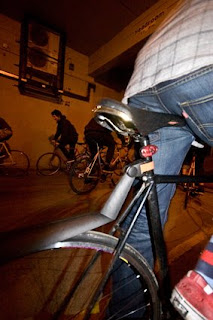 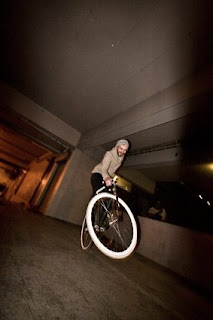 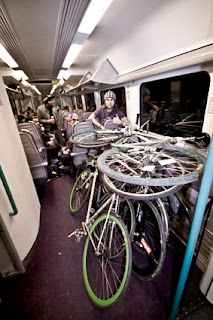 On Tuesday the 3rd of February 2009 a few of the Ride It Sunday lads braved the snow and headed over the hill on the train for Leeds Fixed Gears weekly tricks session!
Sam, Max and the lads showed us around a couple of their local spots, two covered car parks with a load of really cool lines and ramps etc that kept us happy for a good few hours. Richie slammed off a four set! I hurt my hip bein a goon and no one else fell off!
We had a good track stand comp which (if i remember rightly) Max won after Sam threw in the towel with a flourish, then a game of foot down that i think Ben won...
after that we had a few pints of Sam Smiths in the Angel Inn, talked bikes and found a lot of common ground.
After a few pints of extra stout my head was pretty fuzzy and the train was due so we got off, but as far as i know everyone had a really good night and we're hoping that a lot more Manchester lot are coming out for the Valentines Alley Cat on the 15th of February that Sam and the guys are organizing! Bring the other half too!
Fixed Gear only!

ps,
the next ride it sunday will be this Sunday 8/2/09 6pm GMEX, 6.15 ride out!
we're playing the destination by ear due to weather conditions.
Posted by ride it sunday at 16:07