On Halloween night, many people from all over the northwest (and Max from Leeds) turned up in Liverpool to join in LTS' Scallycat. Some in fancy dress, some pretending to be dressed as a "cyclist"..

Everyone was glad to see those friendly faces that they haven't seen in a while and while chatting away people were getting ready at the Bombed-Out church, maps in hand and routes vaguely sorted.. Chicken shouted everyone to cross the road and await the start of the race. 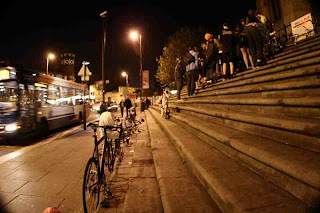 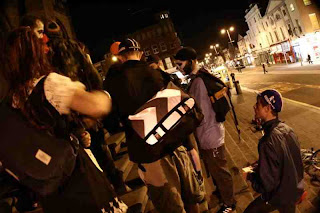 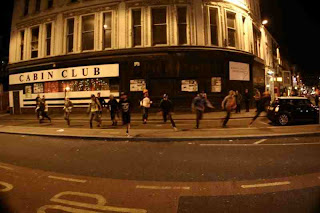 The actual race was set up into three parts which included 3 checkpoints for each part. There was a time window in which you had to get to each checkpoint, otherwise you were out of the race. Everyone made all the checkpoints but some got lost.. some broke their bikes and everyone had fun! 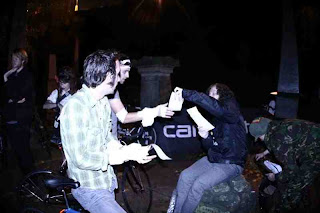 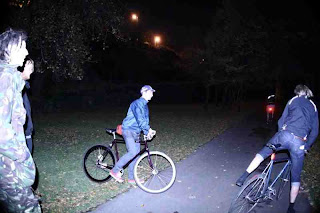 After what was probably the toughest race this year, people started to get to the finish line. 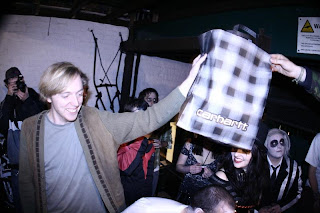 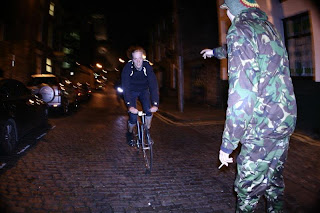 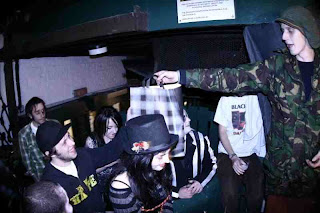 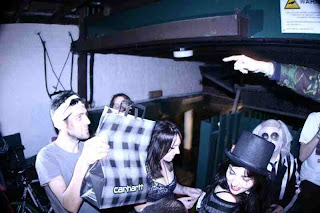 After, the drinks were on and the fun wasn't over till way after chicken got arrested! 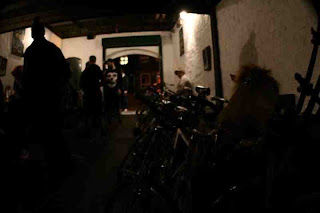 Oh and Jammy won best dressed for his horse/knight combo.. 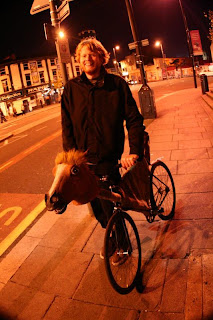 Thank you for everyone who came along and thanks to the sponsers who put the effort in to give the prizes..