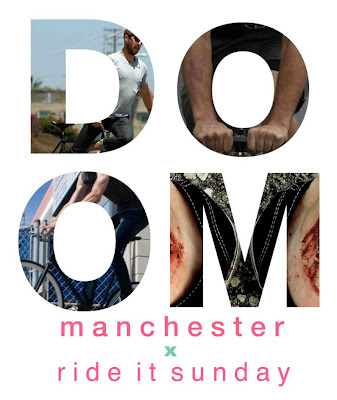 Okay! So we met the Leeds lads and a few others midday in Manchester, got some scran from that little known deli that is Tesco.
After this Richie took the lads on a ride around town to prepare them a little until sign in at 3:30.

We signed in with a bit of a struggle, because, even though we told everyone not to drink their Monsters, thats exactly what they did so that was the Noho challenge ballsed up straight away! haha! 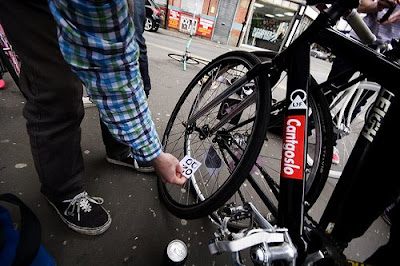 The Race was started outside the Soup Kitchen with everyone standing by Fred Aldous. It was a manic sprint led by Chicken, over to the Apollo. 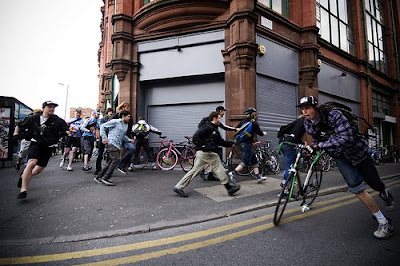 The Route we made up was all over the city, riding to one end and back again over and over. By stop 2 (GBH) a couple of the lads wanted out already but all carried on.

The race took well over an hour for everyone to finish the full 15 stops. With a few burst tubes, the cops on Andy's tail, and a bloke shouting at us, because, he "knew we were doing something illegal and was going to tell the police"...he never did.

A few of the leeds lads got well and truly lost and had to be escorted back to Noho from Gmex.
(It was a valiant effort though lads!)

When everyone had been well watered and cooled off it was time for the show!
The film was a bit shorter than we initially thought but i think everyone enjoyed it and will step up the game at the next tricknology session! 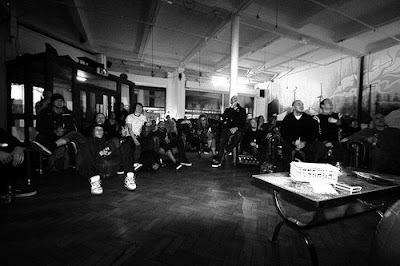 We had a real good turnout for the showing without counting it looked around 50 or 60!

Straight after the show we got right on and had a massive tricks session! it was one for the history books by any account! Straight from the off it was complete mayhem!
I haven't a clue who won foot down, but it ended up with Millhouse on the deck with a gashed leg! 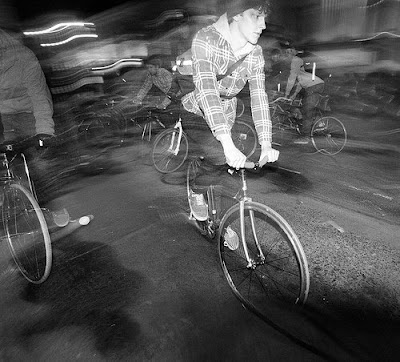 Track stand was a long one! with a nail-biter finish, but an elated Max won in the end. 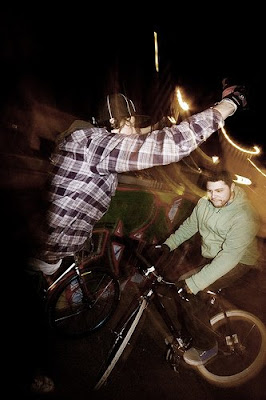 The tricks/skid competition was absolute mayhem! with everyone pretty much doing what they wanted at any point. chicken and jonny were busting out the tricks as per and Alex Stoker skidding his way round past Soup Kitchen was insane! 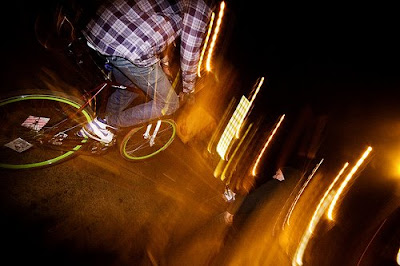 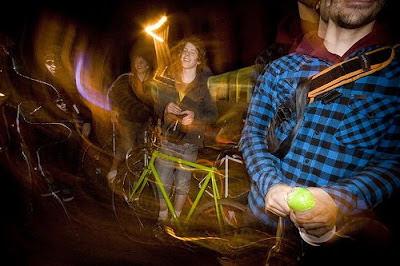 I got carried away skidding and fractured my thumb in the process! its all for the cause!
to be honest i dont have any idea who won what at this point because my head was exploding!

All in all everyone had an excellent day and we were stoked!

Thank you everyone who came over especially Chicago lads, Leeds lads and the Scousers!
also a massive thank you to all the marshalls, Kent, Lei Mai, Jess, Joe white, Joes mate on the pink Bob (sorry i didnt catch your name mate), Nes, Millhouse, Dixon, Sean, and Chris Rhodes! I'm positive i've forgotten somebody but cant for the life of me think.

ALSO a massive thank you to Wolfgang at Council of Doom!